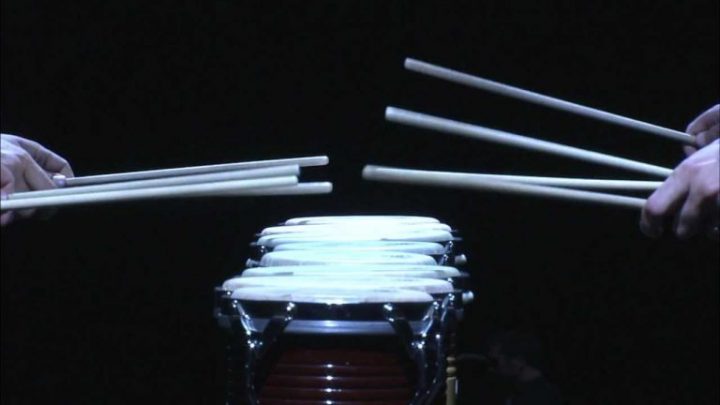 New York Times has called NEXUS “the high priests of the percussion world” and Steve Reich says, “probably the most acclaimed percussion group on earth.”

The 1999 Percussion Hall of Fame inductees have seen various iterations since their inception in 1971.  In 2017 NEXUS members Russell Hartenberger and Bob Becker were honoured with the “Leonardo da Vinci World Award of Arts” and Musical America’s “Mover & Shaper” award, respectively. The World Cultural Council’s citation says, “Hartenberger is considered a musical visionary and one of the most prominent figures in percussion history”, while Musical America named Becker one of “the Top-30 Professionals in Music” and said, “as a composer, arranger, and founding member of the NEXUS percussion ensemble, Bob Becker has influenced virtually every aspect of percussion performance and repertoire in the profession.”

Steve Reich’s “Drumming” asks percussionists to begin a complex rhythmic pattern in synchrony before slowly separating and re-synchronizing a full beat later.  The technical difficulty in executing such nontraditional rhythmic patterns is challenging, as musicians spend years training to “play together” rather than attempting to “play apart”. Russell Hartenberger premiered Reich’s “Drumming” in 1971, and has since given nearly 1000 performances of this piece in venues around the world.  In researching the piece, he began wondering what really happens when attempting to execute the composer’s instructions.  The workshop will explore issues of relevance to musicians and scientists, helping shed light on the full rhythmic complexity of this landmark composition as played by some of its most experienced interpreters. This workshop will share results of an ongoing study exploring performance practice in this landmark composition, providing context for its appearance in the NEXUS concert later in the evening.

Link to the workshop: https://alumni.mcmaster.ca/nexusworkshop

NEXUS is made up of Bob Becker, Bill Cahn, Russell Hartenberger and Garry Kvistad. These four master percussionists are internationally revered for virtuosity, innovation and extraordinary music using the broadest array of percussion instruments imaginable. Their original compositions and arrangements have created repertoire ranging from novelty ragtime and haunting African rhythms through award-winning improvised film music and ground-breaking compositions. NEXUS delivers a stunningly virtuosic spectacle of sound and rhythm.

Link to the concert: https://alumni.mcmaster.ca/nexus