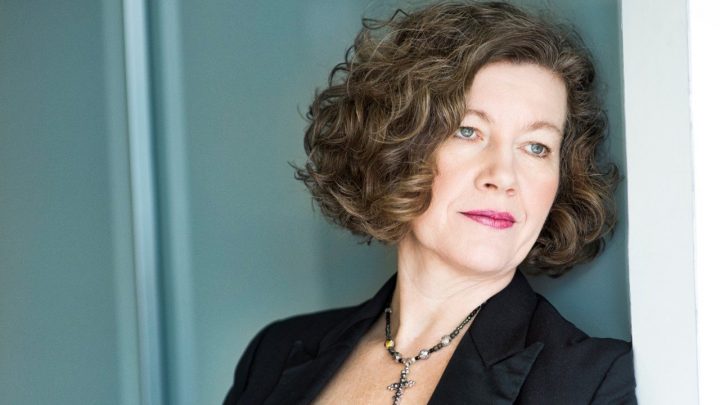 In Memory of Carl Turkstra

incite Foundation for the Arts Presents

with Bill McBirnie and Robert Horvath

In-person and LIVEStreamed from the LIVELab

Buy Tickets or Register for LIVEStream

ADI BRAUN has a long list of cabaret, concert and theatre successes to her credit.  She has performed in every major jazz and concert venue in Toronto, has toured Canada, the United States, and Europe.  Adi is currently in the studio recording her sixth CD.

“I CONCENTRATE ON YOU – Adi Braun sings the Cole Porter Songbook”.  This tribute to Cole Porter follows her previously celebrated recordings “Moderne Frau – Modern Woman” (2017), a tribute to the music of Weimar Cabaret, “Canadian Scenes I” (2010), Live at the Metropolitan Room (2007), The Rules of the Game (2006), and Delishious (2003).

Born in Toronto, Adi Braun grew up in Europe surrounded by music and musicians.  Her parents were opera singers. Her father, Victor Braun, was one of Canada’s leading baritones.  Her first instrument was piano, which she began studying at the age of six. With no formal voice lessons, she made her first pop/jazz recording at age 19.

Following family tradition, Adi trained classically at the Royal Conservatory of Music and the University of Toronto’s Faculty of Music. She began her singing career as a classical recitalist, a soloist with orchestra, and on-stage in operas and operettas alongside her brother, baritone Russell Braun.

Adi started “singing sideways” in the late ‘90’s and returned to the music she loved, which she calls “cabarazz”, drawing on aspects from both cabaret and jazz.  After winning a local competition in 2001, she was catapulted to centre-stage as one of Canada’s leading jazz vocalists. In 2007, Adi was nominated as “Best Major Jazz Vocalist of the Year” by the Manhattan Association of Cabarets and Clubs (MAC).

Her sophisticated style and subtle delivery evokes such vocal greats as Sarah Vaughan, Lotte Lenya, Judy Garland and Rosemary Clooney.  Elizabeth Ahlfors of New York’s Cabaret Scenes describes Adi as “A tad Dinah Washington, a hint of Lena Horne, the enveloping warmth of Doris Day, all gift-wrapped up in a unique sound that is singular Adi Braun!”  Adi’s repertoire ranges from the Great American songbook, to European cabaret, to contemporary songs by Canada legend’s Shirley Eikhard and Gordon Lightfoot as well as her own originals.  Whether she is singing in English, French, Spanish or German, Adi Braun is “a power-frau who gives jazz standards a unique touch, telling stories that are miniature life moments” (Rheinische Post, Düsseldorf, Germany).

In addition to her performing, Adi is the co-host of “Classical Mornings”, a popular daily program on The New Classical FM.  She has taught and coached German Diction at the Glenn Gould School – Royal Conservatory of Music, and for the Canadian Opera Company.  Adi frequently speaks on topics related to Weimar Cabaret.

Bill McBirnie is an acclaimed and internationally recognized jazz and Latin flute specialist who was solicited, personally, by Sir James Galway to serve as his Resident Jazz Flute Specialist. Bill is also author of the book, The Technique and Theory of Improvisation – A practical guide for flutists, doublers, and other instrumentalists. His most recent album, The Silent Wish (with Bernie Senensky), was nominated for a Juno award as “Best Instrumental Album of the Year”. Bill is also the only flutist to have attained triple-crown status at the National Flute Association (NFA) convention in the USA, winning all three of the jazz flute (1) Soloist, (2) Master Class and (3) Big Band competitions. Finally, Bill has been designated a “Haynes Artist” by the venerable flute maker, Wm. S. Haynes Co. You can find out more about Bill at his website: www.extremeflute.com

Robert Horvath is a pianist born and educated in Budapest, Hungary, where he studied at the Bela Bartok Conservatory of Music and earned his Masters’ Degree in Piano Performance and Pedagogy from the prestigious Franz Liszt Academy of Music in Budapest. As the 1st prize winner of the Hungarian-Russian Competition for Young Pianists, Robert was featured at the age of 10 in Hungarian National Radio’s broadcast. Just a few of the many venues and series he has appeared at include Roy Thomson Hall, the St. Lawrence Centre for the Arts, the Richard Bradshaw Amphitheatre, as well as with the Ottawa Chamber fest, Festival of the Sound, the Collingwood Festival, and the Indian River Festival. In the summer of 2019 he was featured with the Payadora Tango Ensemble in the Vancouver Island Music Fest and on Vancouver’s prestigious Music in the Morning series. “Robert Horvath is a musician whose superb technical skills allow him to explore music with exceptional insight while making it appear effortless…. His interpretations are quite personal … clearly seeking the heart of the music … A truly gifted pianist.” -Glenn Morley, multi award-winning composer/music producer

Featuring a “Science Snapshot” related to the environment

This concert will be livestreamed and video recorded

This concert is generously supported by incite Foundation for the Arts, McMaster University Alumni and TD Insurance